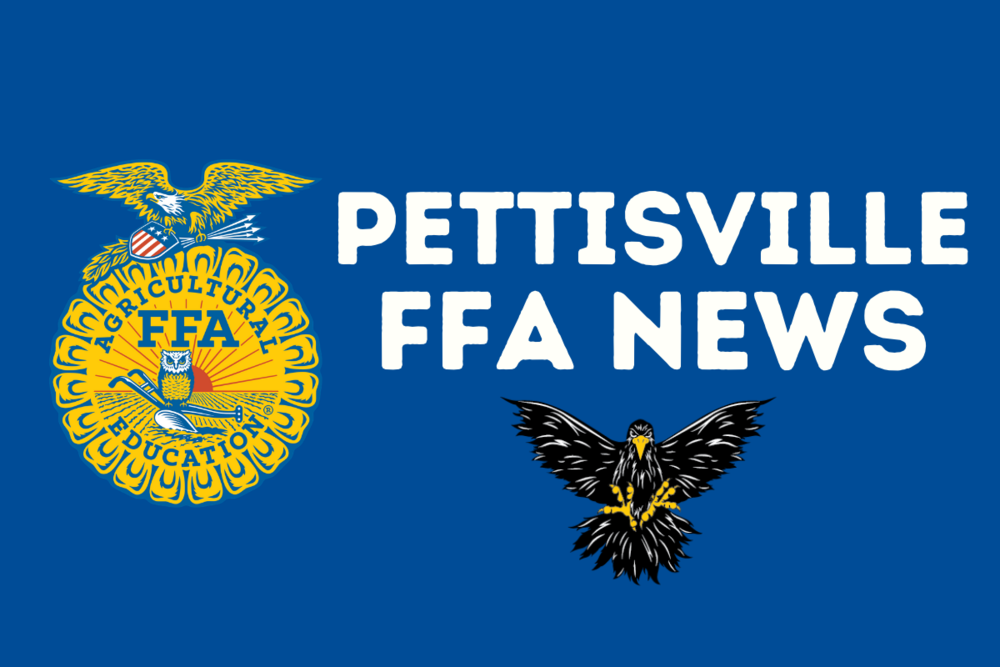 The team of Carson Bennett, Andrew Hulbert, and Blake Eyer took the Ag Mechanics Skills test. They were tested on tool identification, tool use, etc. They placed 6th in the district.

Kearsten Zuver, Sophie Sterken, Clara Damman and Lauren Shumaker tested on Veterinary Science techniques. The contest asked questions over tools used, animal questions, and they also had a practicum to complete. They placed 2nd in the district and 9th in the state.

FFA member Colton Wood tested over Meat Identification. He had to complete a written exam and had to identify numerous cuts of meat of beef, sheep, and lamb. He placed 4th in the district team rankings.

Congratulations to these members!

On May 4th, members attended District 1 Leadership Night virtually. This meeting was held on Zoom, led by the FFA National Secretary, Anna Mathis. The intention was to assist FFA members in learning how to become positive leaders. The members who attended were Clark Bartoe, Emma Salmi, Leah Beck and Sophie Sterken.

May 10th was the chapter’s last meeting for the 2020-2021 school year. The meeting concluded with two new assistant officers, Angela Rosillo and Samuel Haley being appointed. The date of officer retreat/training was decided and set to be in July. The students with the CDE awards were also recognized, as well as the members who participated in Leadership Night. After the meeting was over, the members enjoyed pizza and dodgeball. 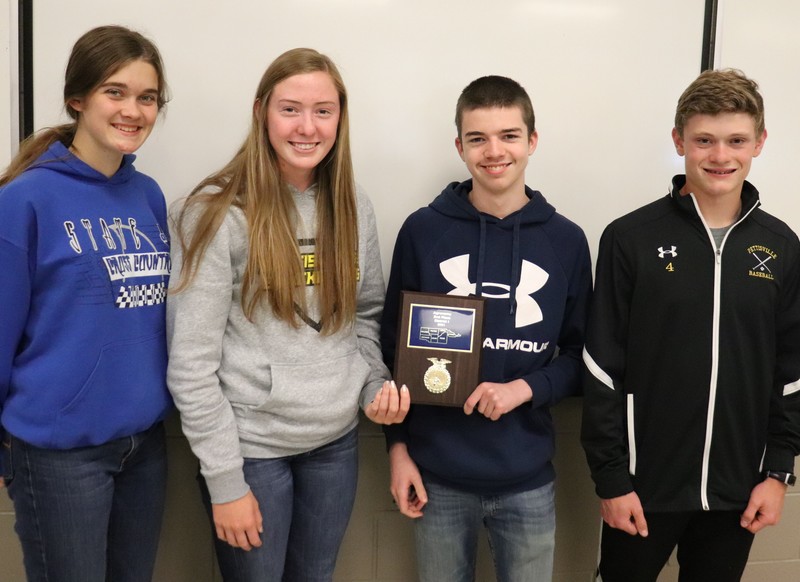 The Pettisville Agronomy CDE team, including Clara, Karsen, Clark and Luke pose with their 2nd place District 1 plaque.  They also earned a 10th place plaque from the Ohio FFA for their state ranking.  State plaques were received after school ended. 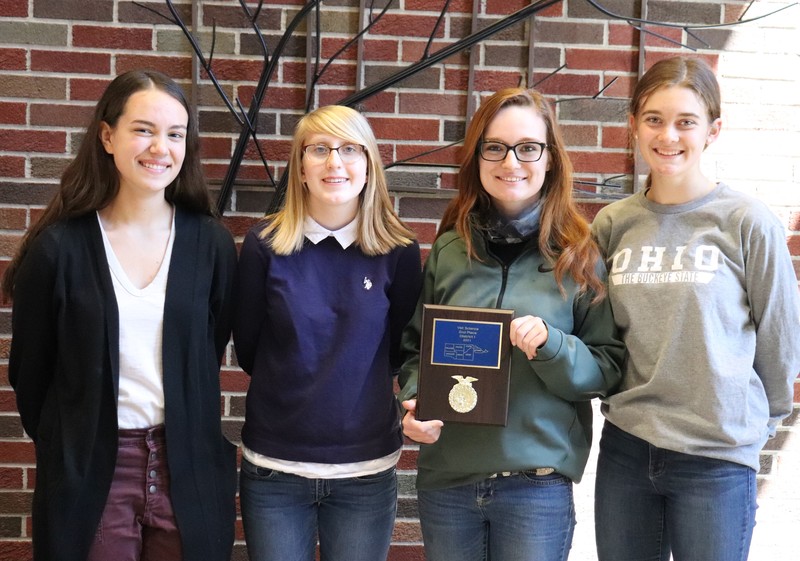 The Pettisville Veterinary CDE team including Sophie, Lauren, Kearsten and Clara pose with their 2nd place District 1 plaque.  They also earned a 9th place plaque from the Ohio FFA for their state ranking.  State plaques were received after school ended.