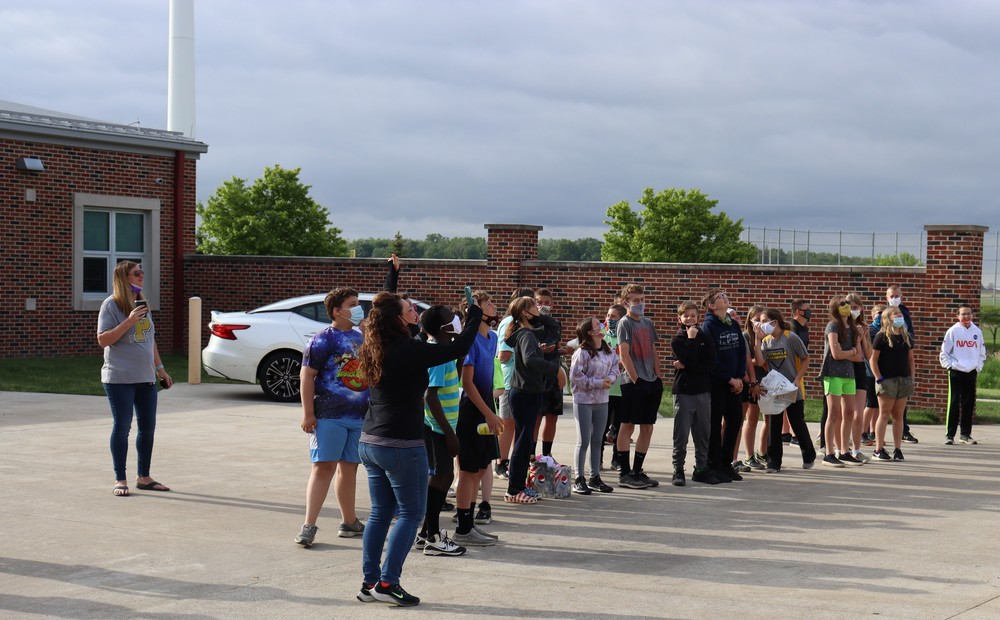 Mrs. Bentley's class recently spent time talking about speed and energy: kinetic and potential. Each group was instructed to create something to protect their egg as it plunged down to the concrete. From insulated egg cartons, to filled ziploc bags of water and parachutes - there was quite a variety! On the last day of school, students put their contraptions to the test with a giant Egg Drop. Special thanks to Custodian Shawn for taking the eggs up on the lift.

Here is a photo of the teams who had eggs in one piece at the end of the experiment! Nice job, Blackbirds! 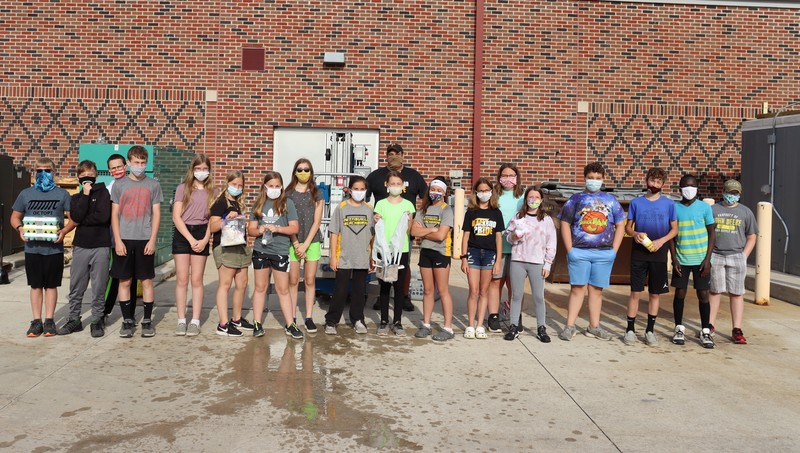 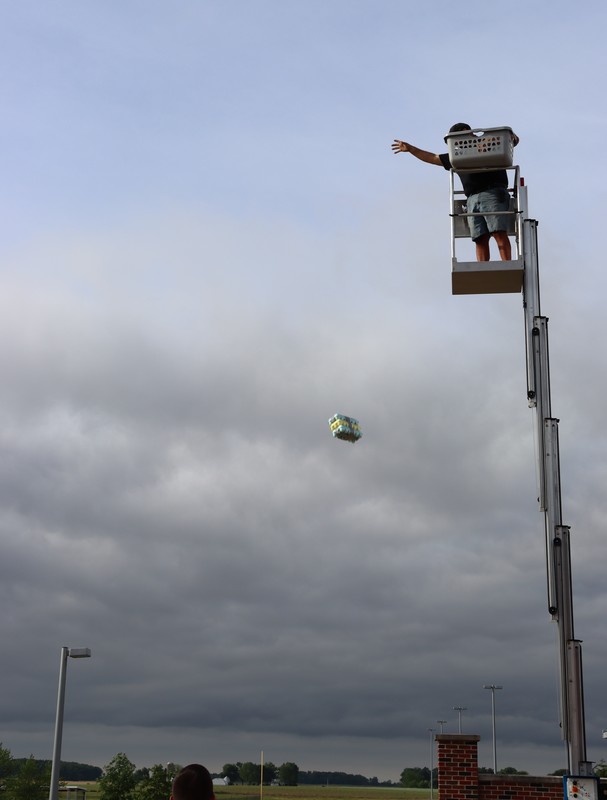 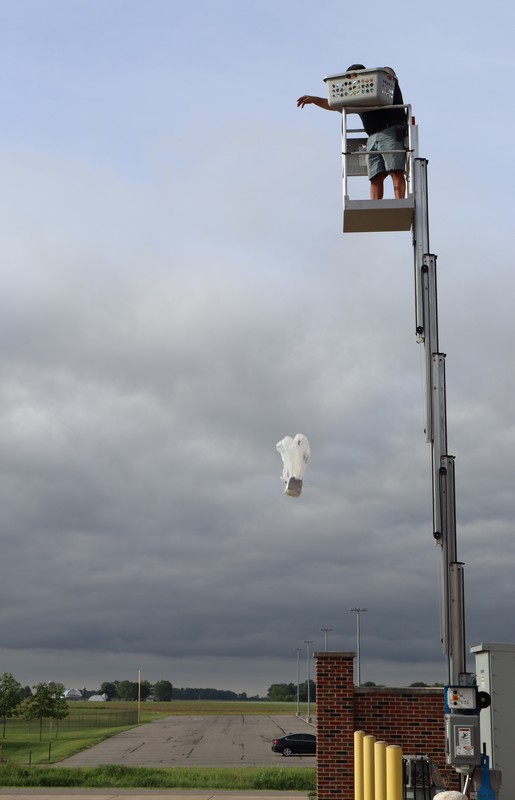 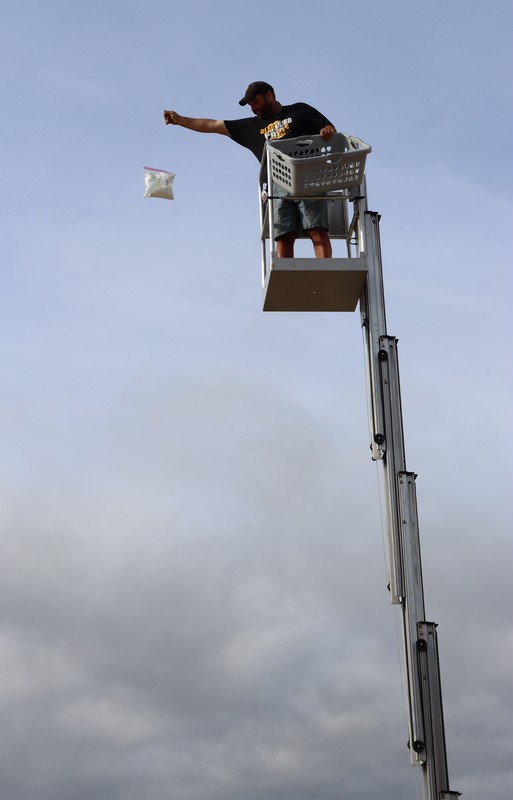 Mr. Mansfield's class recently spent time talking about 5 types of forces: Compression, Tension, Sheer, Torsion, Bending, as well as other engineering terms, live load vs dead load, superstructure and substructure, trusses, struts and ties. Students were put into teams to create a bridge , planning ways to strengthen the bridge as it spanned an imaginary river.  Groups then drew scale drawings of different views of their bridge that served as building plans.  As they built their bridges, they also had to create a budget, write checks for their expenses, and keep a balance of their funds. On the last day of school, students put their bridges to the test! Each group scooped sand into a bucket that was suspended from their bridge structure. The winning team was "The Builders" with their bridge holding a whopping 16.6 lbs of force.  Way to go,  Paige, Ben and Brody! 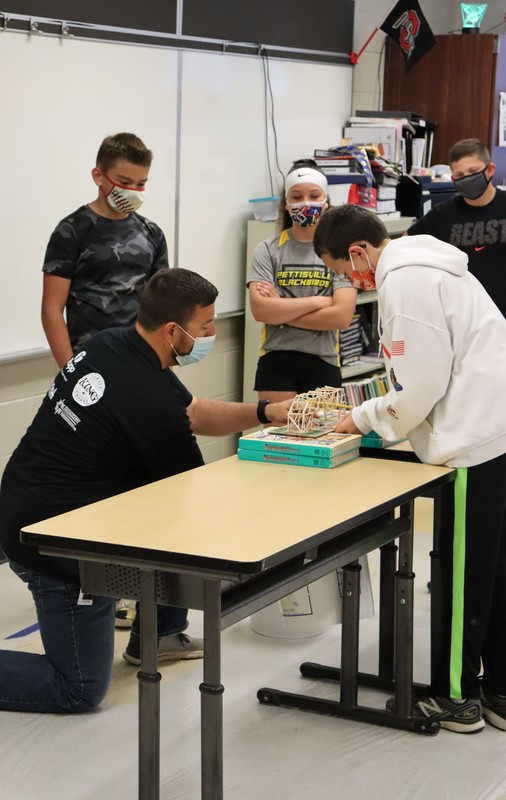 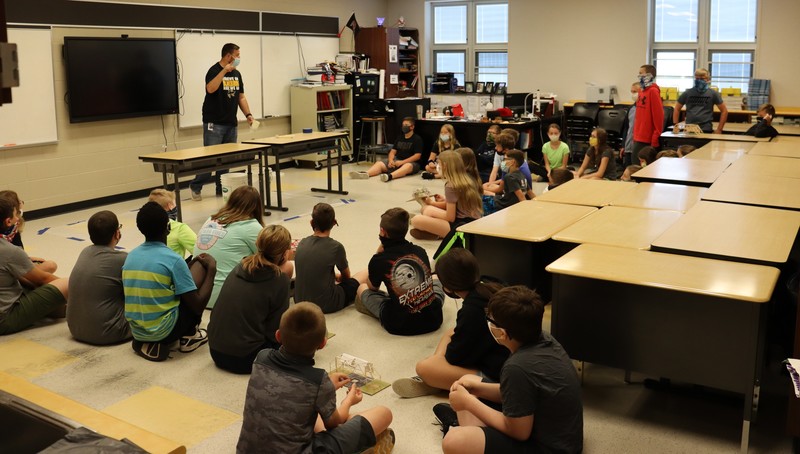 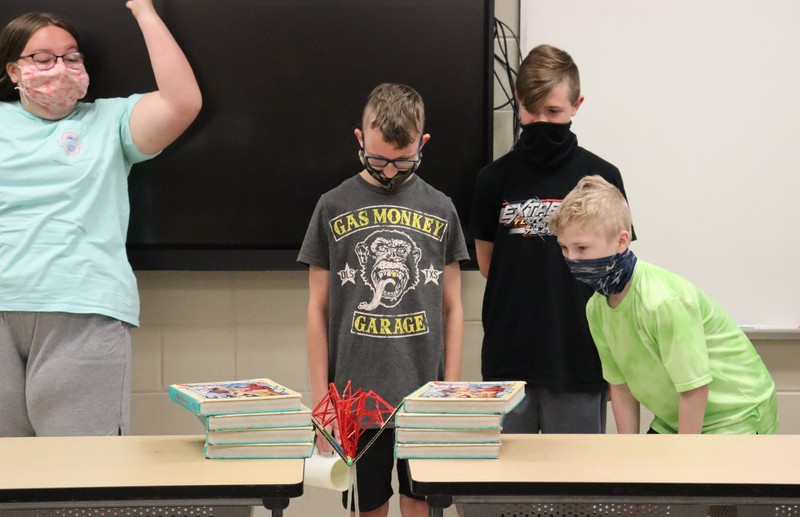 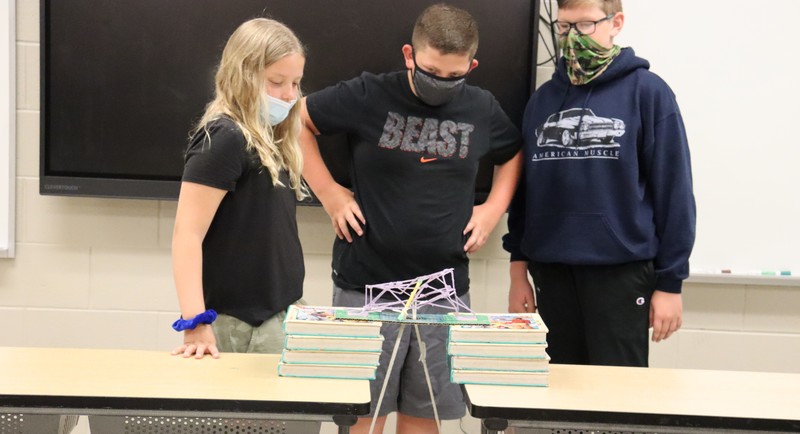 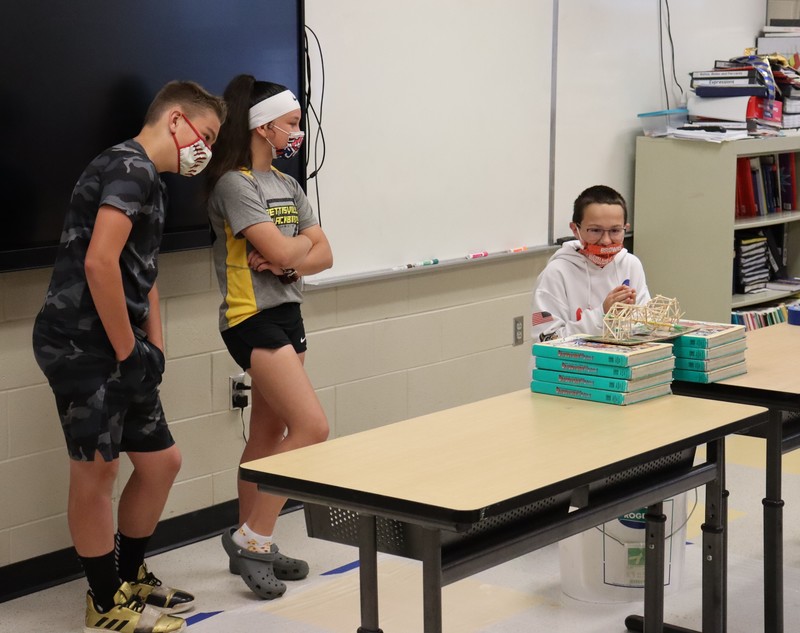