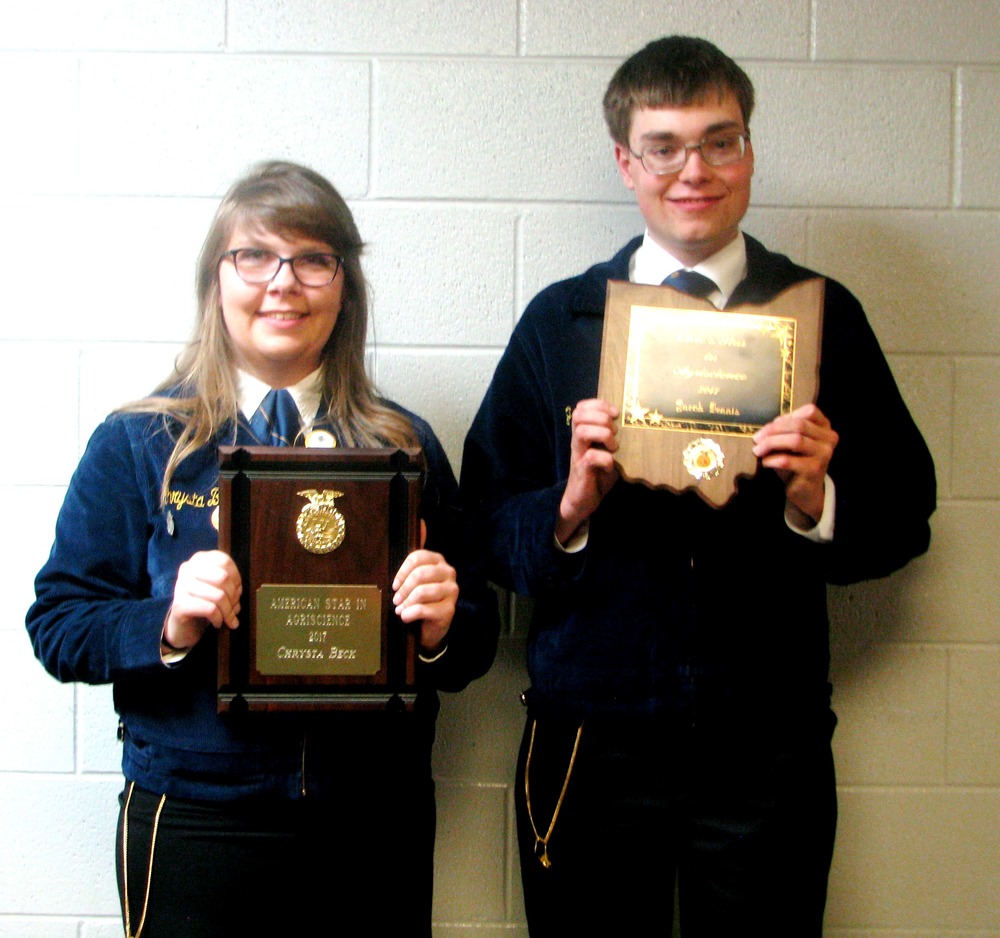 On Friday May 5, 2017, Jacob Dennis received the award for Ohio Star State in Agriscience while at the Ohio State FFA Convention. Jacob had multiple crop SAE projects and did research for the agriscience fair four years, all dealing with soybean research. He tested row spacings, seed treatments, and the effect of applying different mixes and timing of fertilizer to soybean yield and protein contest. In order for Jacob to receive this award he had have the State FFA Degree, fill out an application with a personal history, resume and photos and submit it for State FFA competition. Over the years he presented projects at over 20 science fairs and State/National Agriscience Fair. Jacob is the son of John and Susan Dennis and graduates this year.

Also that night, Chrysta Beck was named Ohio’s Star American Degree Candidate in Agriscience. As the daughter of Dave and Beth Ann Beck, Chrysta has had multiple SAE projects focusing on poultry production. Each year for seven years, she has conducted or helped conduct research on maintaining poultry health and improving their growth rate. Plus, at the University of Mississippi, she has worked in the Poultry Science lab on egg and broiler research.  She has dedicated much of her time to her SAE program which lead to her applying for the Star in Agriscience and the American FFA Degree. Chrysta graduated from Pettisville in 2014. Her application now goes to competition at the National FFA summer evaluation to see if she is named a finalist in the Agriscience Research area.