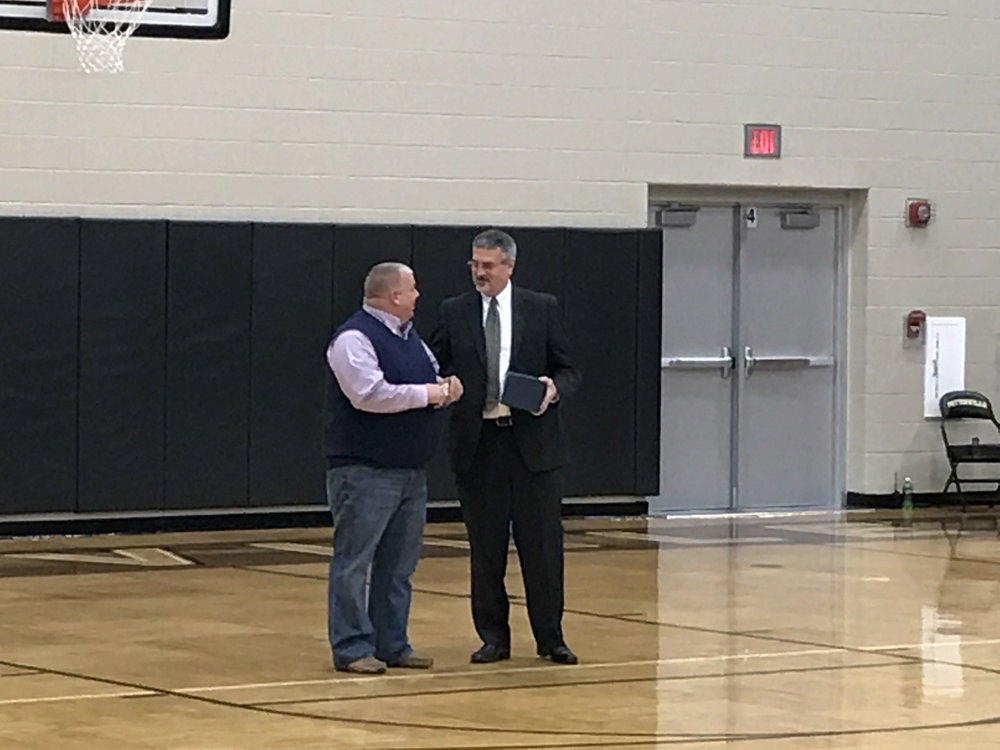 Former head boys' varsity basketball coach Greg Nofziger was honored between games with Fayette on January 12, 2017 for his 28 years of service as a coach in the program. He was head coach for 16 years and had an overall varsity coaching record of 214 wins and 149 losses. His teams won 11 BBC championships out of 16 years. He retired after the 2016 season. He was presented a life time Buckeye Border Conference pass, on behalf of the BBC, and a Glass Basketball Award on behalf of the board of education and community by Mr. Michael Lane, high school principal.