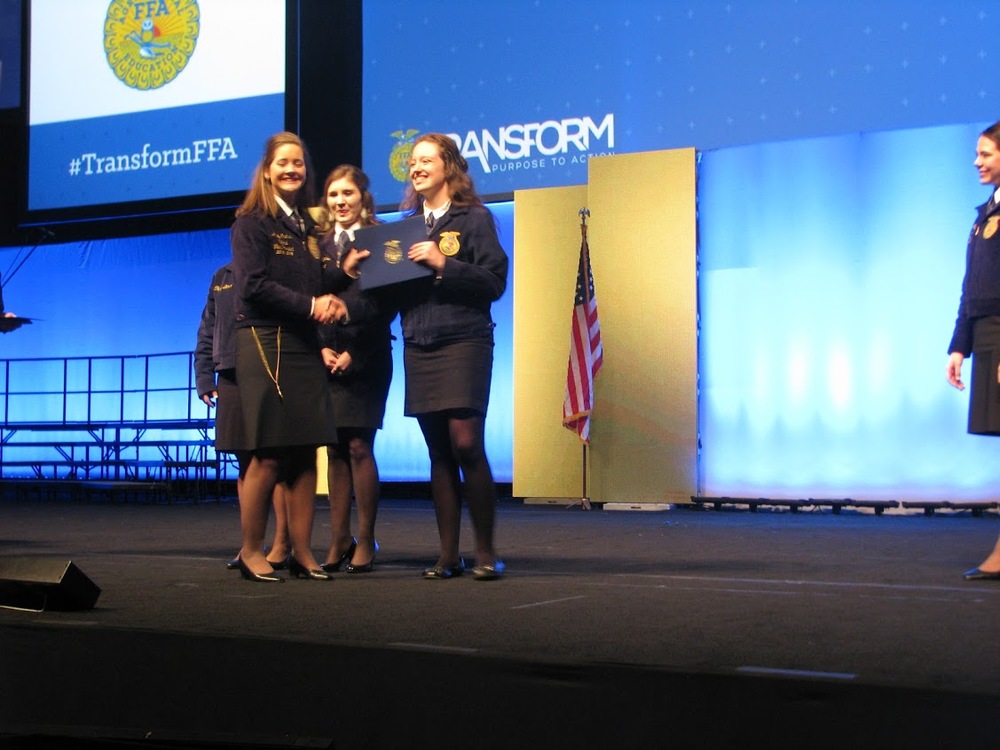 Nine members from the Pettisville FFA Chapter competed in the Fulton County FFA trapshoot contest held at the Fulton County Sportsman Club on October 18th . Stetson Aeschliman was the chapter’s top shooter with a score of 15, while James Eicher, Sarah Beck, Elizabeth Beck, and Madeline Wixom all tied for 2nd with 12 points each.

At National Convention, the chapter members attended sessions to watch FFA members from around the country receive awards for their extraordinary achievements, listen to inspiring motivational speeches, and listen to the retiring addresses of three national officers. This year, Secretary of Agriculture Tom Vilsack spoke at convention and told FFA members that they are the future of the ag industry. The members could also talk with businesses and colleges at the FFA Career and Trade Expo or go shopping at the shopping mall. They also visited the NCAA Museum, which showcased the different college sports available in the NCAA and the history behind them. Members also visited the Indianapolis Motor Speedway Museum, which contains many of the cars that have won the Indy 500 through the years.

On the last day of convention, Josiah Hoops, son of Jim and Brenda Hoops, was part of over 3000 members to be raised to the American FFA Degree. With over 600,000 members, this is a degree only ½ of 1% ever achieve. That session was addressed by Indiana Governor Mike Pence. Pence discussed the importance of agriculture to the USA, especially the Corn Belt states.

National Convention is an experience that can have an impact on FFA members for the rest of their lives. Chapter President Lynnsey Crouch said that she learned more about the cattle industry at convention, which she believes will help her in her future career. Jessie McWatters said about her first time at convention that “National Convention was a fantastic event for learning, improving leadership skills, making new friends, and improving old friendships.” 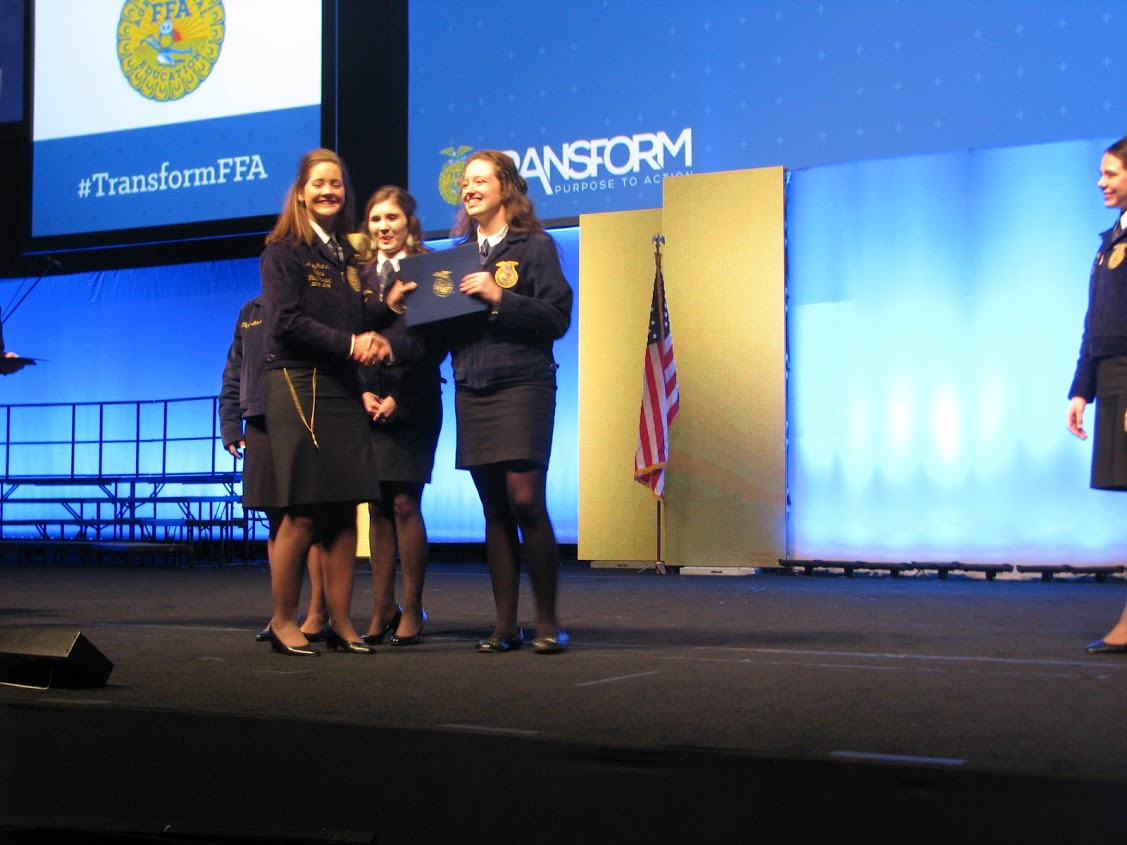 Environmental Systems, Division 2 from one of the national officers. 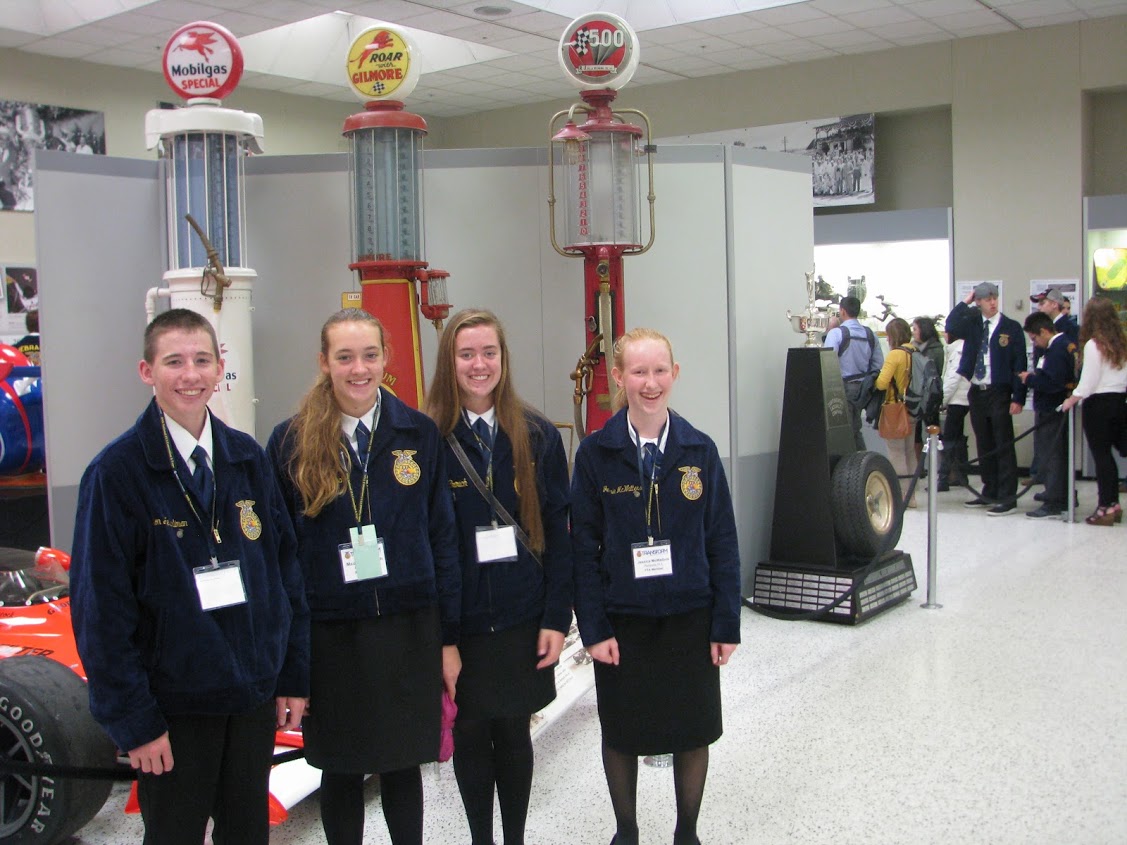 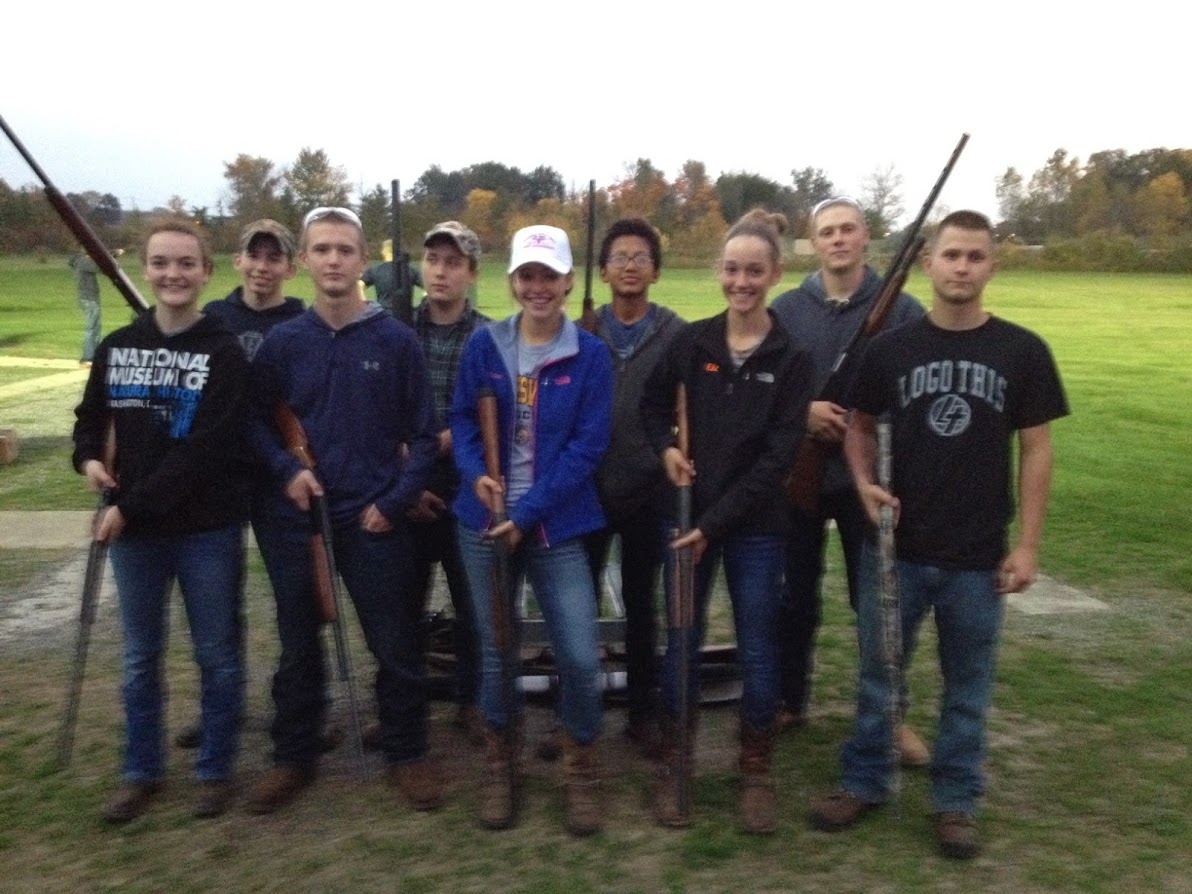